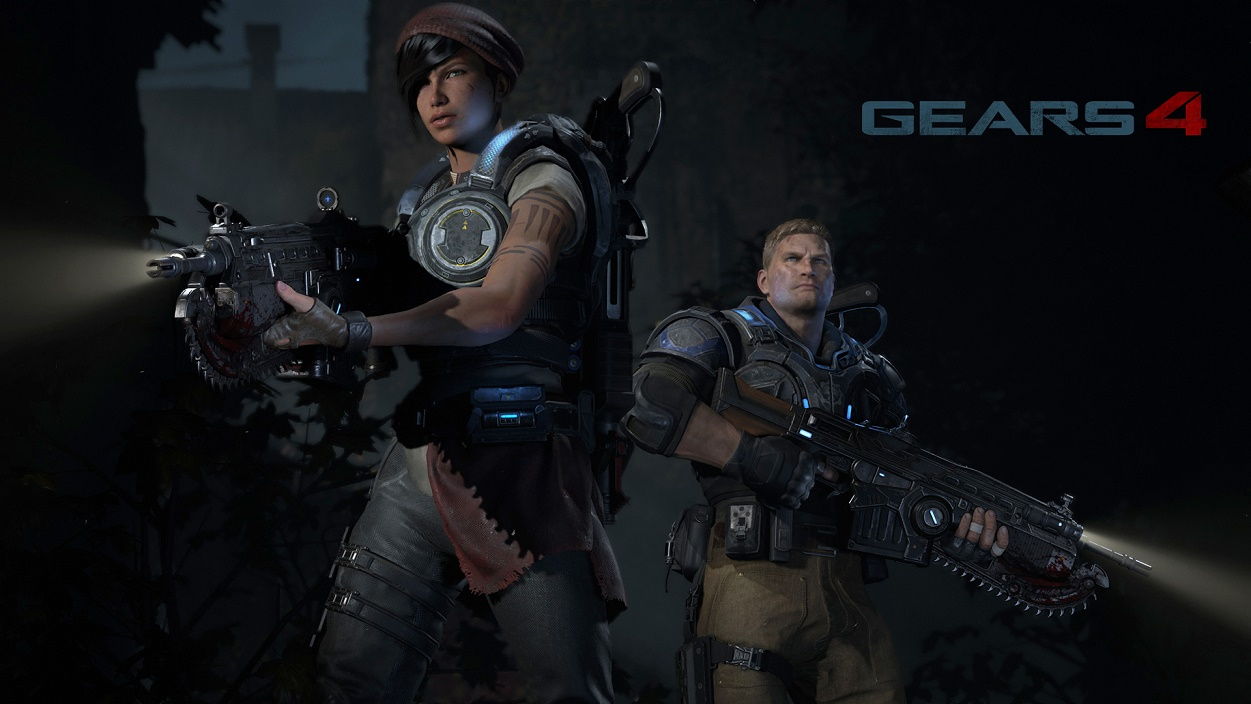 Gears fans, mark your calendar and start counting days! Microsoft has announced official Gears of War 4 release date along with a new poster.

Till today, Gears of War 4 had an estimated date of arrival in fall 2016. Now that its release date is finally confirmed, Gears fans can mark their calendars and start counting remaining days.

The story of Gears 4 is set 25 years after the conclusion of the trilogy and it features new characters facing a new threat over a harrowing 24-hour journey. Gears 4 will be taking place over the course of “one night in the woods.”

Gears of War 4 cover art, exclusively unveiled by EW gives a closer look at the game’s three main characters : JD Fenix, Kait Diaz, and Del Walker. Have a look at the official Gears 4 cover art below. Gears fans desperately waiting to get their hands on all-new Gears 4 will be able to do so from 18th April. A two-week long open beta of Gears of War 4 is going to take place from 18th to 24th April. After the conclusion of early access, qualifying members of Xbox Live Gold on Xbox One will be invited to join Gears 4 open beta which will begin from 25th April and end on 1st May.

To be eligible for Gears of War 4 beta early access, you need to log on to Xbox Live and play Gears of War: Ultimate Edition on Xbox One or Windows 10 by 11th April, 11 p.m. PDT. If you haven’t done so yet, then go ahead and do so. It’s a chance not worth missing.

If you haven’t pre-ordered Gear of War 4: Ultimate Edition, you can do it right now. At the time of writing this, the game is available for only about $15 on Amazon.

What do you think about Gears of War 4? Share your thoughts with us.