Home • Smartphones • What to Expect from Apple’s 21st March Event? 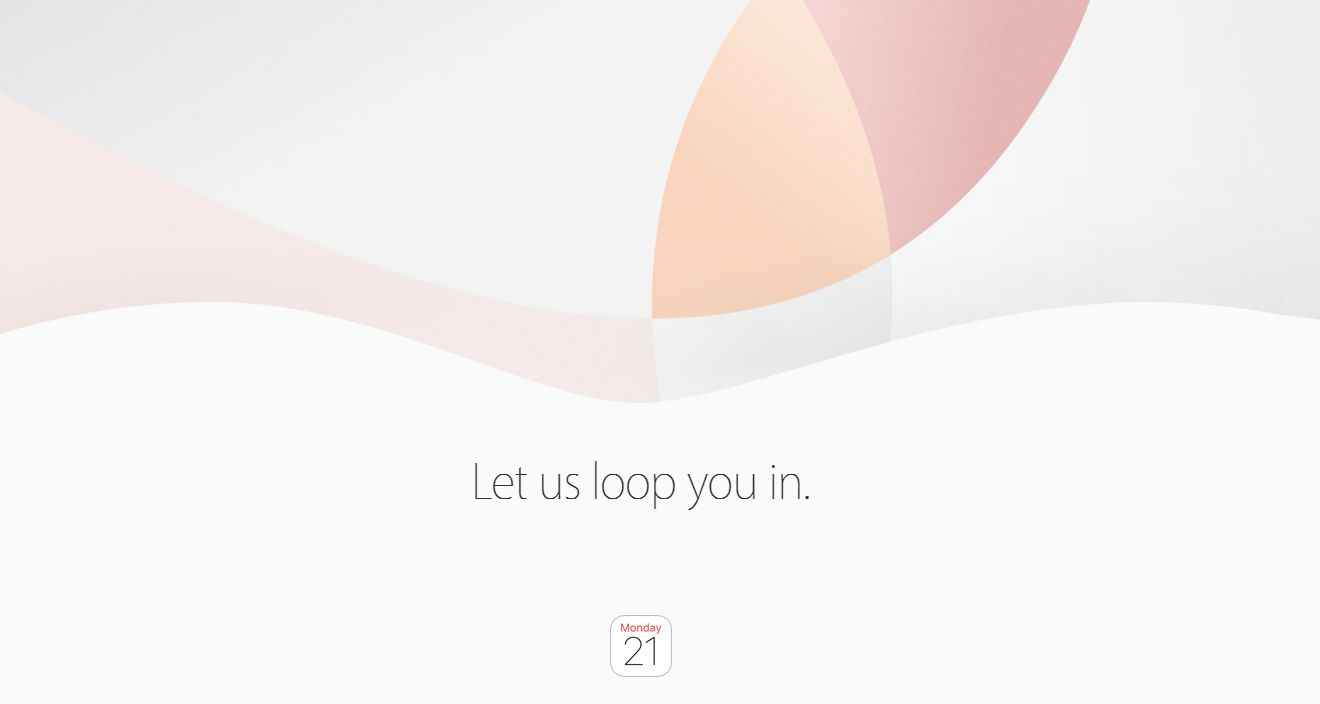 Apple's 'let us loop you in' event will take place on 21st March. Here's what to expect from Apple's latest event.

Apple has sent invitations to its ‘let us look you in’ event which is to take place at company’s Cupertino headquarters on 21st March. While it is not clear which products will be launched at Apple’s 21st March event, the rumor mill has some strong expectations from the event.

The strongest expectation from Apple’s 21st March event is a new 4-inch iPhone. This iPhone will reportedly be called iPhone 5SE or iPhone SE. It’s rumored that the new iPhone will replace iPhone 5s and boast many features from iPhone 6s.

While still being a 4-inch phone, iPhone SE will feature an Apple A9 processor, a 12-megapixel primary camera and support for Apple Pay. iPhone SE camera is also expected to feature 4k movie mode and “Live Photos” function.

Leaked iPhone SE schematics suggest that it will look and feel same as iPhone 6s, only smaller in size. Unconfirmed reports suggest that iPhone SE will be readily available to be ordered right after its launch and it will be priced almost same as iPhone 5s.

Alongside a new iPhone, Apple is likely to unveil a 9.7-inch iPad. It is not clear what this new iPad will be called but it could probably be named iPad Air 3 or iPad Pro Mini. This new iPad will reportedly feature A9X processor and Apple Pencil stylus support, like 12.9-inch iPad Pro. Apple is well-known for keeping secrets till last moment. While the launch of a new iPhone or iPad is just ‘expectations’ or unconfirmed reports from ‘insiders’, Apple may surprise us in much different ways.

Apple is expected to surprise us this time around as well, which may include a whole new product or something completely unexpected. While it is less likely, Apple might introduce new MacBook or Apple Watch straps next Monday.

What do you think? What will Apple announce on 21st March? What does ‘let us look you in’ mean? Share your thoughts with us.