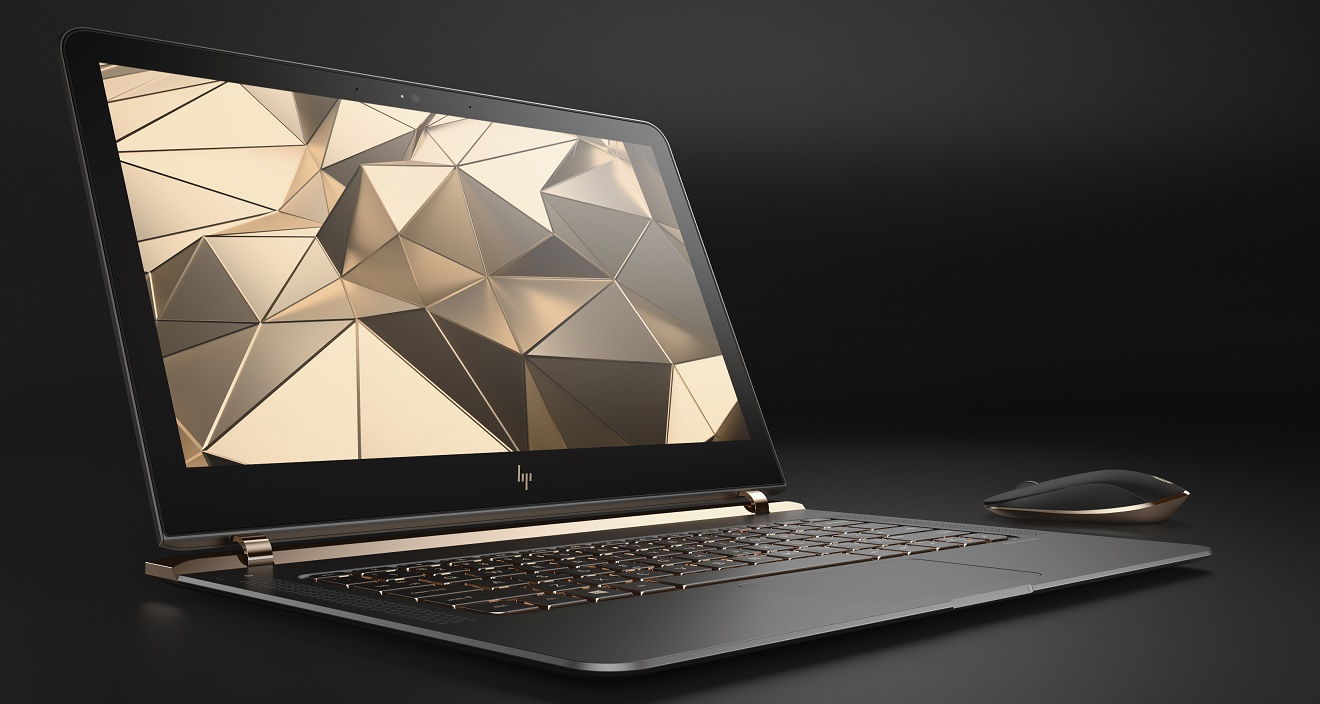 HP's answer to Apple's MacBook is here. HP Spectre 13 is a thin and stylish laptop with luxurious look and feel. Is this the Windows 10 laptop we were waiting for?

Its thickness has not stopped HP from packing it with Intel’s Core i5 and i7 processors. To eliminate heat issues, the laptop has ebeen equipped with a pair of cooling fans and a hyperbaric cooling channel built into the laptop.  HO claims Spectre will provide 9.5 hours of usage on single charge, thanks to a unique four-cell design, wherein the battery is split into smaller, thinner pieces to use the available space better.

Adding luxury and style to Spectre, HP chose not to announce it at CES 2016 or other electronics shows. Instead HP Spectre 13 was unveiled at a luxury conference in Versailles.  To give it premium look and feel, most of HP Spectre’s body is made from a dark gray aluminum. Its carbon fiber bottom creates a thin profile that is both durable and lightweight. HP Spectre 13 at a Glance

The base model of HP Spectre will start with price tag of $1,169. It will become available for pre-order via hp.com and bestbuy.com starting April 25. An exclusive configuration for Best Buy priced at $1,249.99 will be in stores starting May 29.