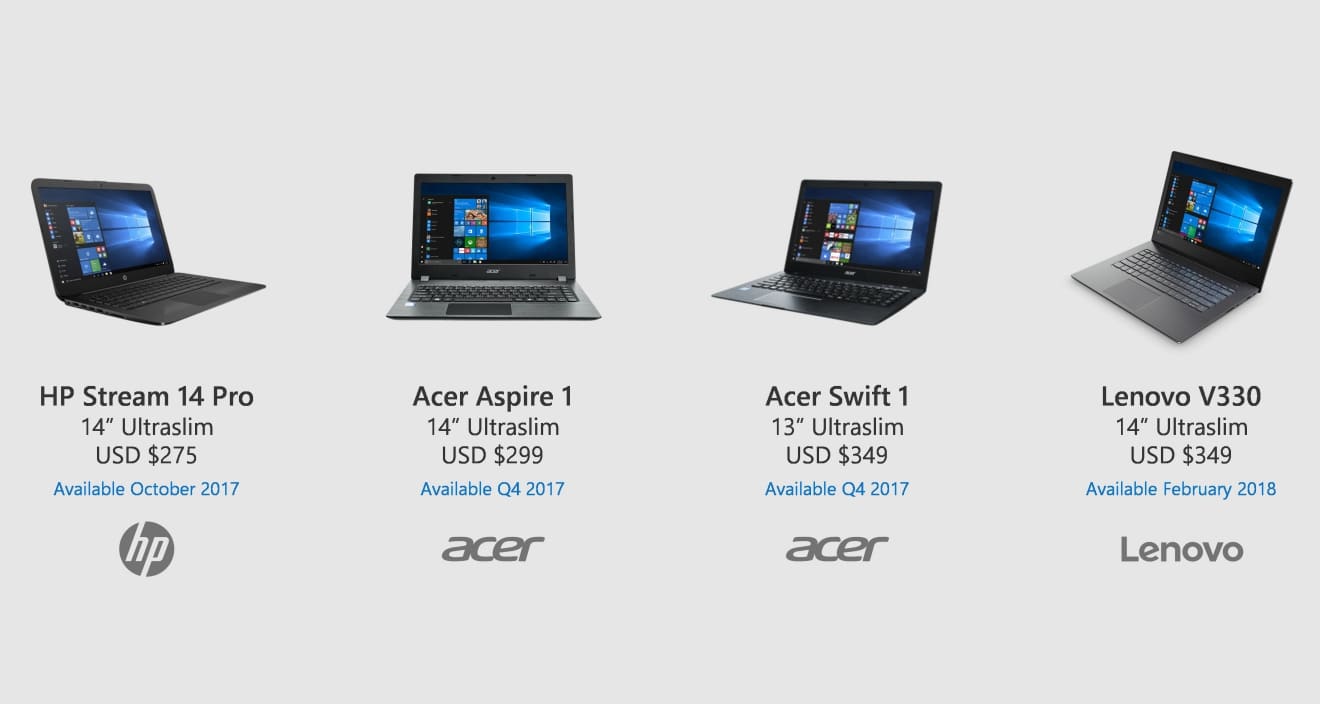 These new Windows 10 S laptops are developed by HP, Lenovo, Acer, and Fujitsu. With these affordable laptops combined with Microsoft 365 F1, Microsoft is hoping to empower Firstline Workers – which the company says are currently underserved by technology.

“Two billion Firstline Workers are the people who serve as the first point of contact between an organization and its customers or products,” writes Bernardo Caldas – GM, Commercial Marketing in Windows. “A critical part of empowering this workforce is providing custom technology experiences and streamlined, secure devices that help them get their work done and build skills.”

HP and Acer will be making their laptops available later this year. Lenovo’s $349 laptop will arrive next year by February. There’s currently no information about Fujitsu’s laptop(s).

According to Mirosoft, Windows 10 S is streamlined for security and performance. The operating system is designed to minimize security risks By allowing apps only from Windows Store and setting Microsoft Edge as the default browser among other features.

With Windows 10 S and new affordable range of laptops, Microsoft will be competing with Google’s Chrome OS. Chrome OS devices are popular in the education sector – a market Microsoft aims to cover with Windows 10 S.