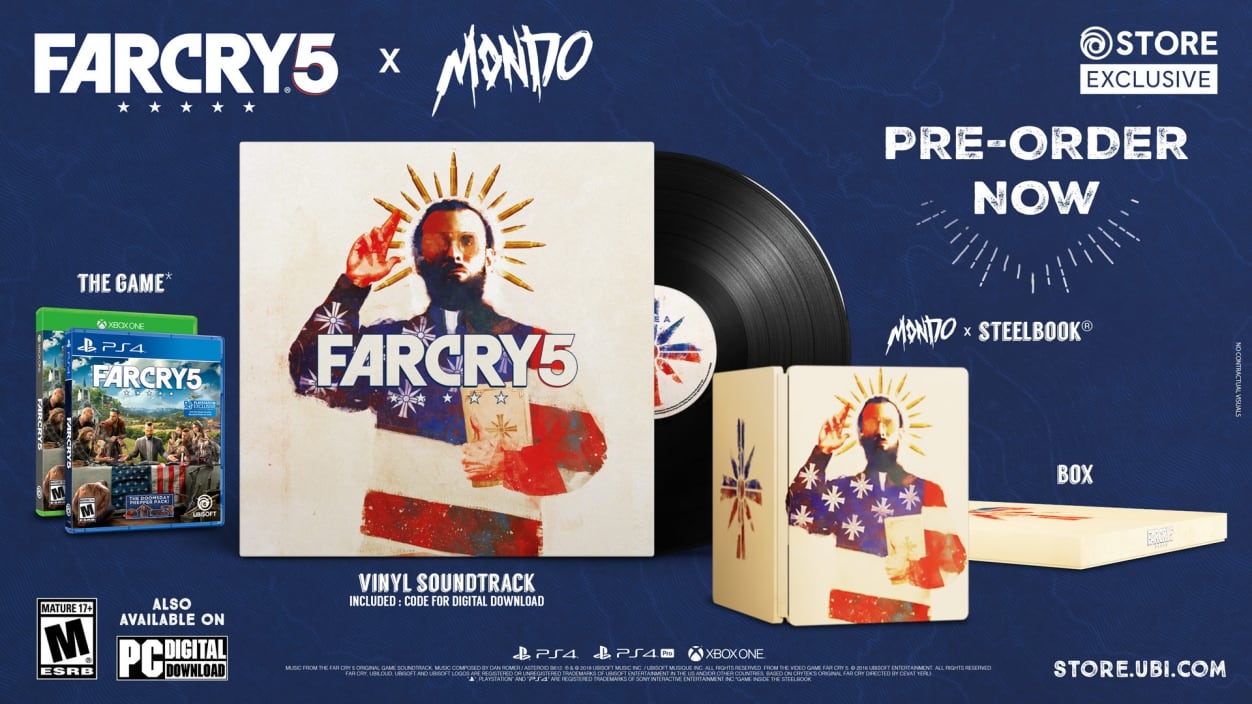 An exclusive partnership has been formed between Ubisoft and Mondo to release Far Cry 5 Mondo Edition in limited quantity featuring exclusive artwork and vinyl soundtrack. Pre-orders have already begun.

Ubisoft – the makers of Far Cry franchise have partnered with Mondo for a limited edition of their upcoming installment in the series. Thanks to this exclusive partnership, Ubisoft will release Far Cry 5 Mondo Edition which features an exclusive artwork and a vinyl soundtrack.

Pre-orders for Far Cry 5 Mondo Edition have already begun from today, 16th January. The limited edition game will be available exclusively on Ubisoft Store where it can be pre-ordered for $99.99. Far Cry 5 is set to release on 27th March along with the limited Mondo edition. The highly awaited title will be released for PS4, Xbox One, and PC.

The ‘uniquely original edition,’ as Ubisoft calls it, will be limited to 4000 copies only.

Mondo’s artists are highly regarded for their amazing reinterpretations of entertainment franchises, through exclusive and very limited series of posters. 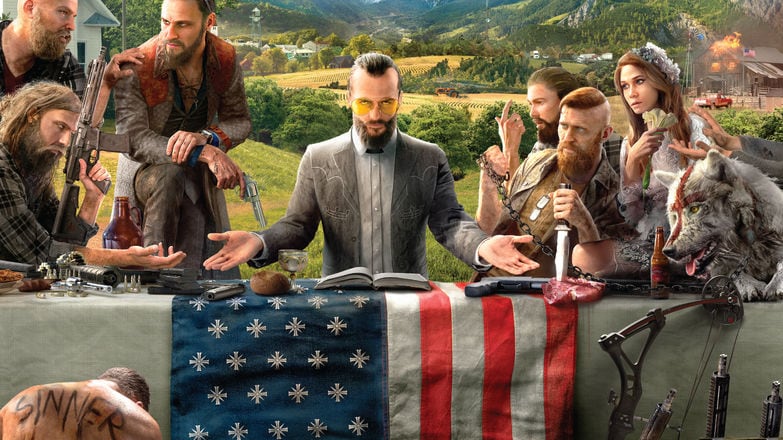