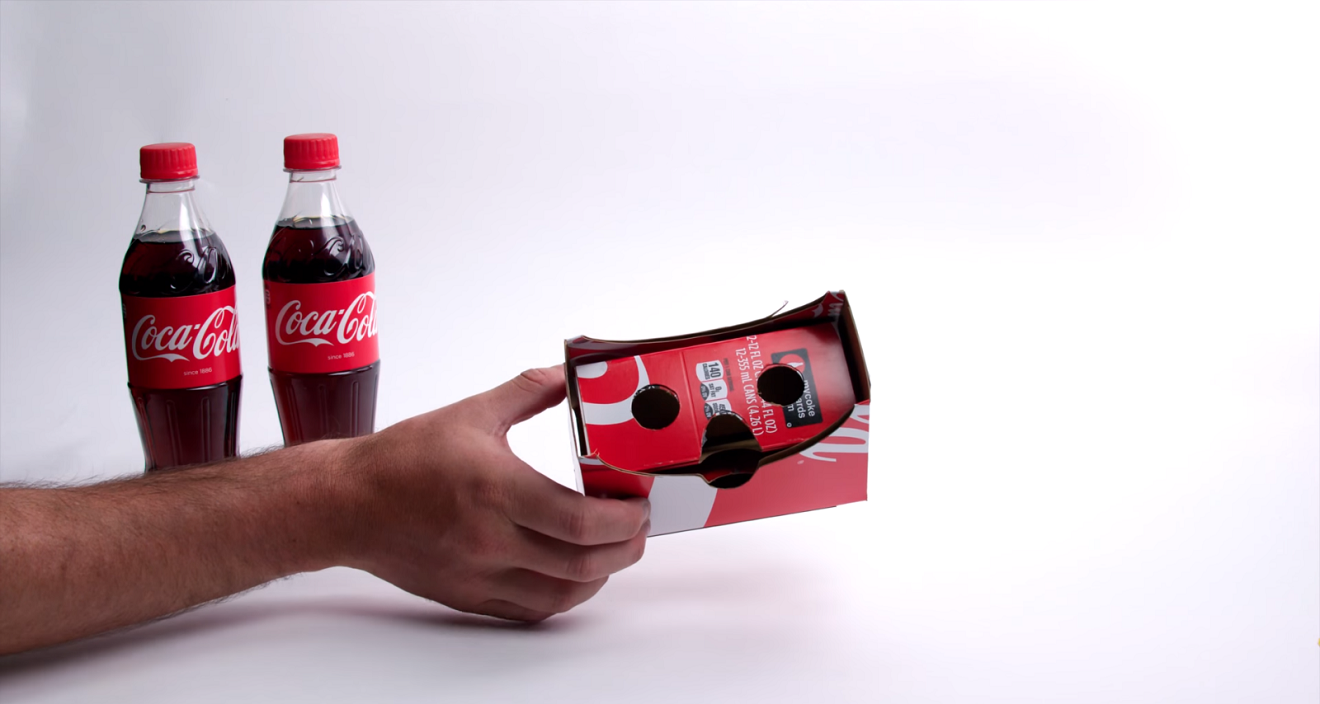 Soon there will be a day when you won't be throwing away your pack of Coke, because it can turn into a fully working Google Cardboard-style VR viewer.

Known for innovative creative and marketing ideas, Coca-Cola has just made its next move, and it’s awesome. Next time when you buy a pack of Coke, you won’t throw it away, you’d recycle it instead. Why? Because recycling is cool and your pack of Coke can turn into a Google Cardboard-like VR viewer, that’s why.

Coca-Cola through a video, just showed its prototype for the idea. As you can see in the video below, all it takes is a Coke 12-pack box, a smartphone and some easy steps to be followed, and you can get your self a fully working Cardboard-style VR viewer.

Currently turning a Coke pack into working VR viewer is an idea, but it might soon turn into reality. Launched over a year and half ago, Google’s Cardboard platform is an open spec for low-cost VR viewers powered by smartphones. Since then, many third parties have begun selling Cardboard-certified pre-cut VR kits.

VR is already big, and it’s just getting bigger. Biggest players in the VR work as of now are Oculus (and Facebook), Samsung, Google, HTC and many others. Now it seems Coca-Cola too, will bring us some VR viewers, and convince us to drink some more Coke. Did I use the word “marketing” yet?

The video below showcases three VR viewer styles: Origami, Custom and Insert. Watch the view to know what’s it all about.