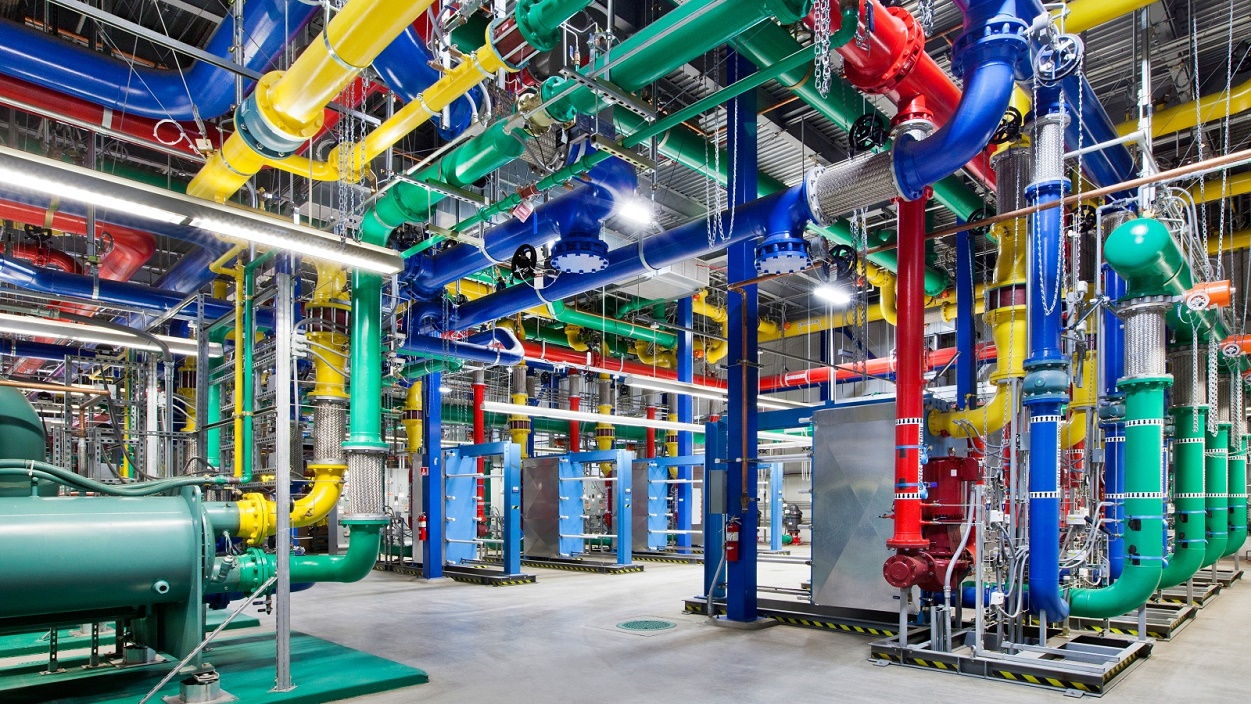 Take a trip to Google's massive Oregon data center in immersive 360-degree video. Even better, watch it with Cardboard and visit the data center, virtually.

Google now lets you visit its data center in The Dalles, Oregon. You and me need to be damn lucky to visit such data centers even once in our lifetime. So Google is offering us a free trip to its data center virtually. You can take this full-fledged 360-degree tour via a video and see every corner of it (well almost).

On a side note, even most Google employees have to be lucky enough to enter these data centers, seriously!

Google Cloud Platform team has posted a 360-degree video on YouTube which provides an immersive, once in a lifetime visit to its data center (actually it’s a video, you can watch it as many time you want in your lifetime). In this eight and a half minute video, Sandeep takes us around the data center, talking to other Google employees and explaining how things work around.

The video shows how huge Google’s data center is, how they store and secure our data, how things are kept cool and how this massive infrastructure is powered. You will get to see Google’s iris scanner, a big hard drive shredder, its cooling tower and a lot more.

You can simply watch the 360-degree video on your desktop computer or the YouTube app on your smartphone. But the best way to experience this 360-degree tour is to use Google Cardboard VR viewer and the Android YouTube app. At this moment, iOS is not supported (that’s too bad) but Google says iOS support is coming soon.

To watch the video on your Cardboard, load it in the YouTube app and tap on the Cardboard icon when the video starts to play. Insert your phone in Cardboard and start your tour.

Watch the video below and have fun.