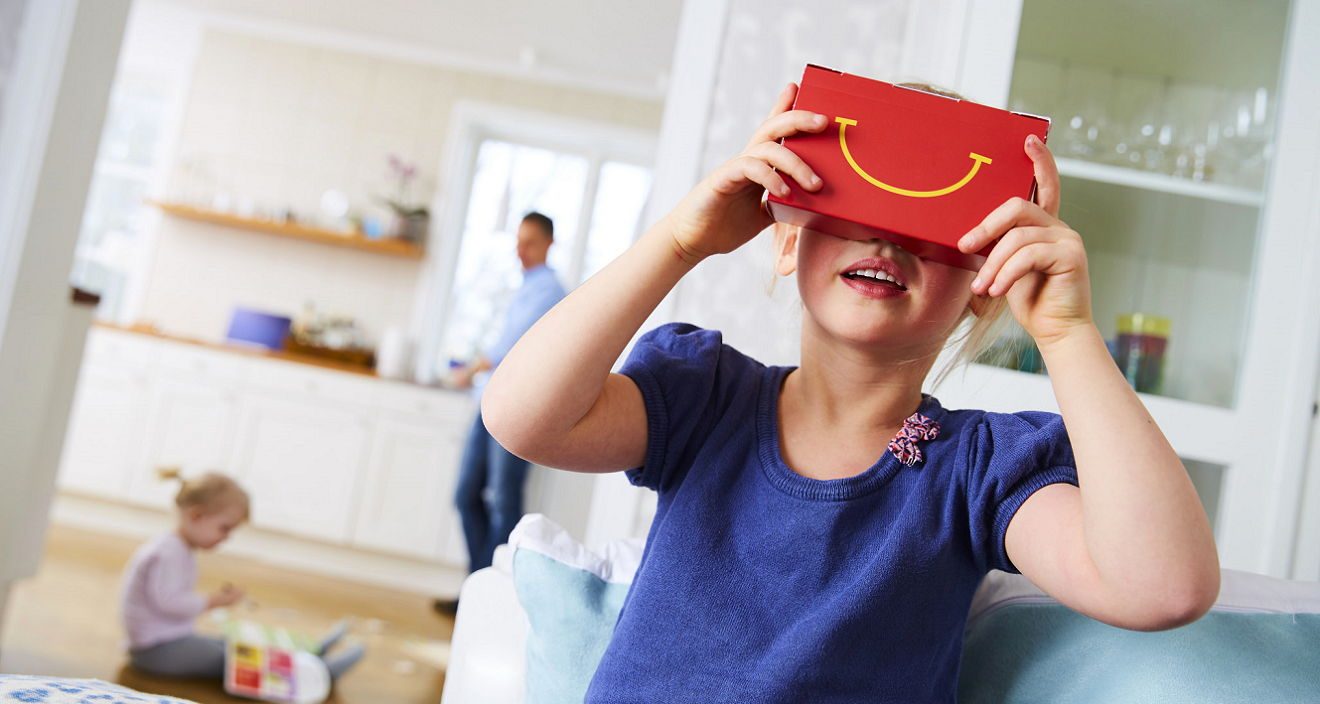 VR is already a thing and it is becoming a cost-effective marketing idea. Now McDonald's have introduced Happy Meal box which can turn into Cardboard-style VR viewer.

Virtual Reality is slowly becoming the next big thing in marketing. Just a week ago, Coca-Cola showed-off its own VR headset prototype made out of Coke 12-pack. While Coca-Cola’s VR initiative might still be an idea, McDonald’s is ready to launch its own marketing initiative.

It’s our mission to ensure that the World’s most famous box will continue to be magical and relevant to families for another 30 years. But evolution doesn’t always mean radical change. For us it meant a bit of ripping, folding and sliding.

Along with Happy Goggles initiative, McDonald’s have also developed a ski game called “se upp i backen” (watch out on the slopes in English). The game will be available from 5th March this weekend.

Currently McDonald’s Happy Goggles initiative has been launched in Sweden only and other countries will follow soon. McDonald’s will be producing about 3,500 Happy Goggles VR Viewer and they will be made available at 14 restaurants over the weekends of 5th and 12th March. For the limited edition Happy Meal box, you will have to pay about $4.10.

The initiative has been carried out in collaboration with DDB Stockholm ad agency.