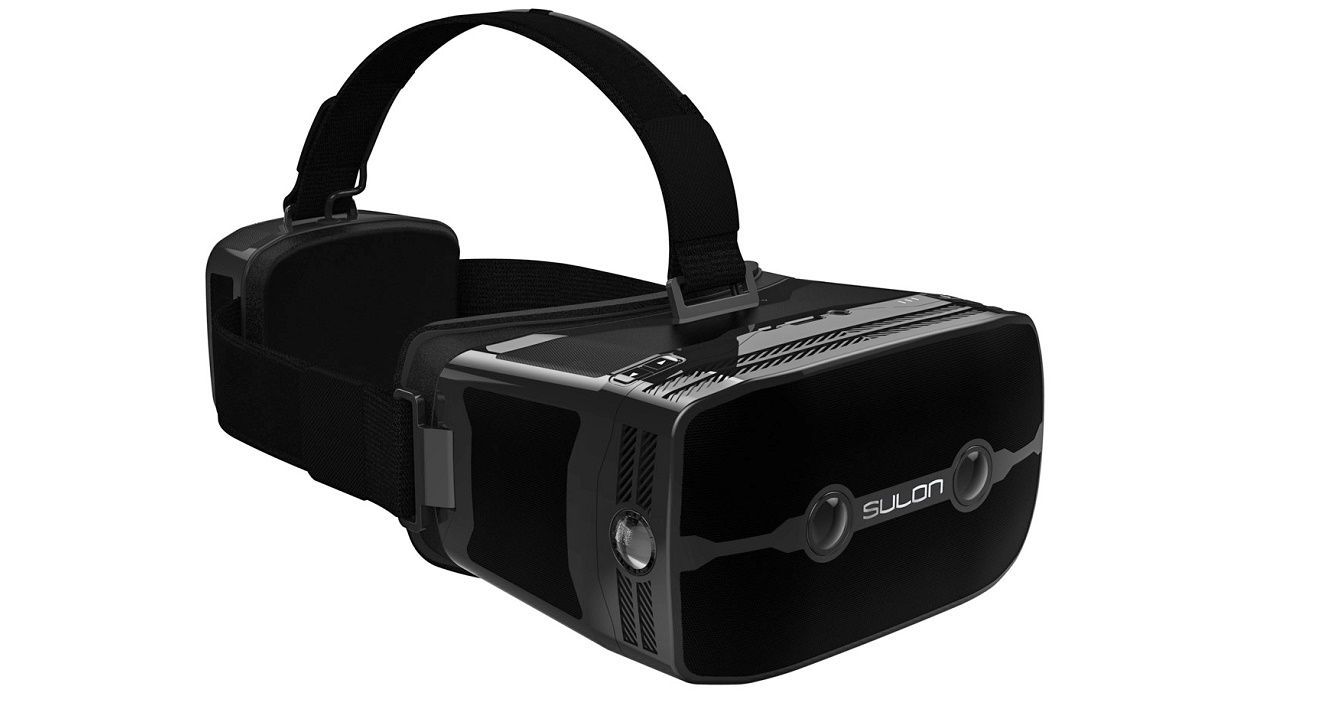 Sulon has offered a sneak-peek into first of its kind all-in-one AR/VR headset Sulon Q, powered by AMD and running Windows 10.

Sulon labels Sulon Q as “the world’s first and only all-in-one headset” for “virtual reality, augmented reality, and spatial computing.” Unlike other Virtual Reality headsets such as HTC Vive or Oculus Rift, Sulon Q doesn’t require being tethered to a PC.

“Sulon Q headset lets you take every world anywhere thanks to its simple and intuitive all-in-one, tether-free, “wear and play” design. There are no confusing minimum specs to be concerned with.” said Dhan Balachand, CEO of Sulon Technologies Inc.

Sulon’s Q headset is powered by a quad-core AMD FX-8800P processor with 35W TDP and 8 Radeon R7 graphics cores, leveraging AMD’s Graphics Core Next architecture. It is capable of driving the latest graphics APIs including DirectX12 and Vulkan, and able to render console-quality visuals on a 2560×1440 OLED display.

This tether-free AIO headset from Sulon and AMD is basically a Windows 10 PC which will offer “Spatial computing” and let you enjoy
holographic computing interfaces by placing applications with a 110-degree field-of-view. Sulon Q will let you use gestures or wireless keyboard and mouse.

Currently there’s no word on Sulon Q’s price or availability but it is sure a project we should look forward to.

Seeing a big player like AMD -who is best known as maker of powerful processors and graphics cards, in VR scene is a great sign. VR and AR both are the next big things and participation of more players is making sure they see better development.

The sneak-peek has built-up hopes from Sulon and AMD and it will be interesting to see the outcome, when it does.