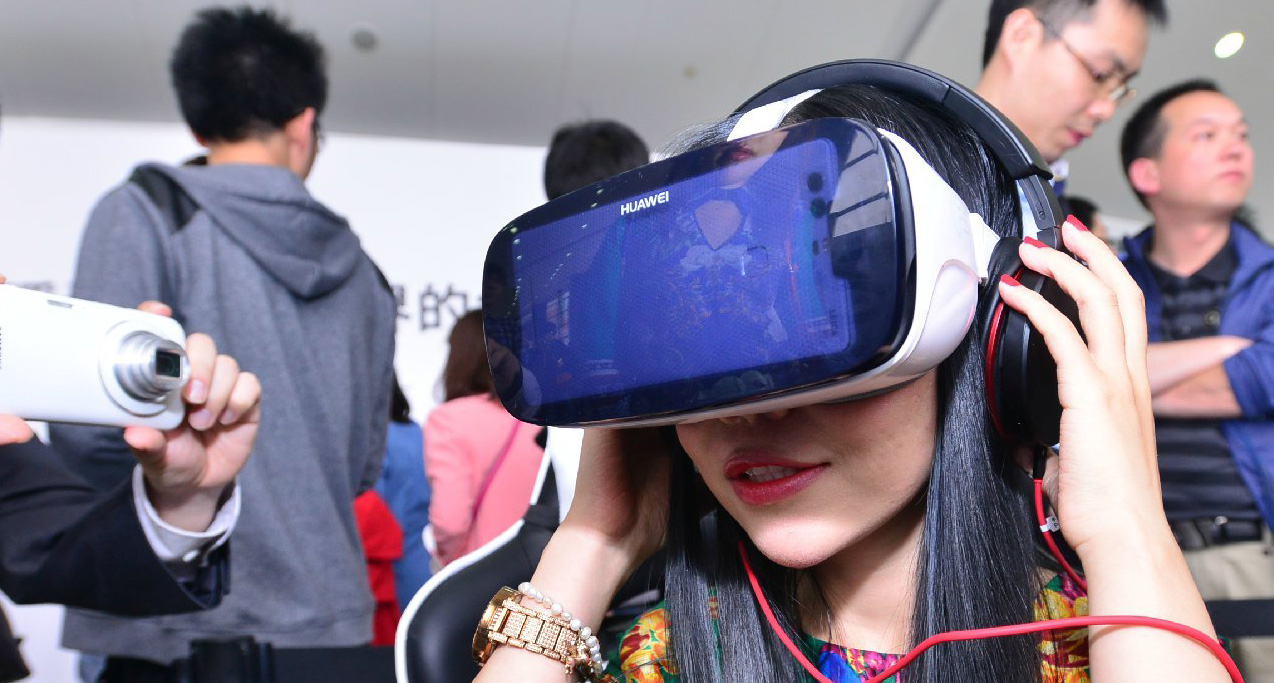 Huawei has entered the Virtual Reality scene by introducing its VR headset -simply called Huawei VR. How well will it compete with Samsung Gear VR? Time will tell.

It looks like after announcing its new flagship smartphones P9 and P9 plus in London recenly, Huawei still had a surprise left on plate. At its P9 Shanghai launch today, the company had a “one more thing” moment where it unveiled its own Virtual Reality headset -simply named Huawei VR.

Much like Samsung’s Gear VR headset, the Huawei’s VR headset requires a smartphone to work with. It supports Huawei’s latest P9, P9 Plus and Mate 8 smartphones. Huawei VR connects to the phone via a dedicated USB-C cable and it will offer a 1080p resolution. With Huawei VR we will get the usual 20ms low latency. It will offer a 95-degree field of view (one degree lower than Gear VR) along with an anti-blue light filter to protect our eyes. Huawei VR will offer over 4,000 free movies and 40 free games at launch. It will also feature 350 panoramic images and 150 panoramic tours.

Huawei has not announced price and availability of its VR solution so we will have to wait for official announcement. Reports are suggesting that the company is aiming for Chinese market with Huawei VR as opposed to Gear VR whose primary markets are South Korea, US, and Europe at the moment.

What do you think about Huawei VR and Virtual Reality in general? Share your thoughts with us.